Both my biology classes had a mandatory field trip to Kaikoura, which is a small ocean town about 2 hours North of Christchurch. I was there for a whole week because my field trips were back to back.

The first field trip was Marine Biology.
We did plankton tows during the day and night, and counted plankton under a microscope to compare the species abundance and richness during the two different times of day.

We also compared vertical and broad surfaces of the intertidal zone to see whether there would be a difference in abundance and richness there as well.

Lastly, we looked at the Ohau seal colony, the biggest colony in NZ, to count the number of adults and pups on the beach. Not an easy task. 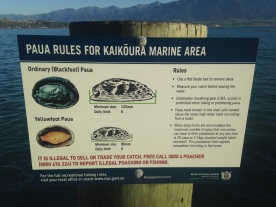 Highlights of the trip:

– Saw my first wild penguin!
– Witnessed seal pups playing in a waterfall that they climbed up a river to get to
– The weather was perfect
– The stars were perfect
– Tried the best fish and chips I’ve ever had in my life
– Saw a big freshwater eel 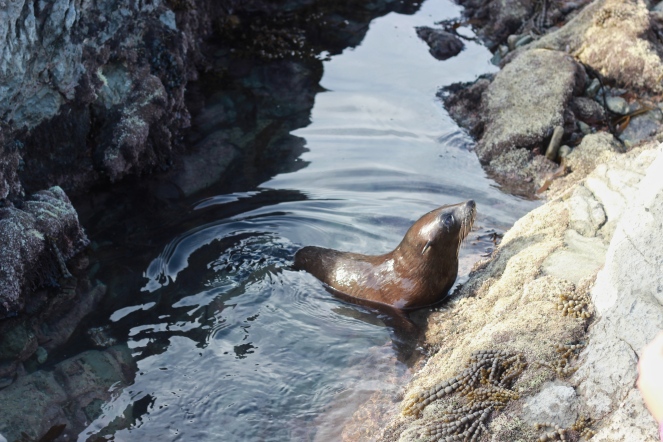 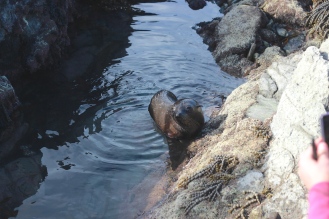 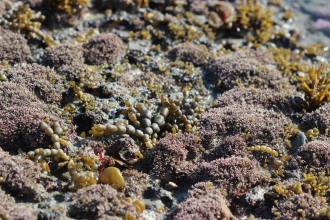 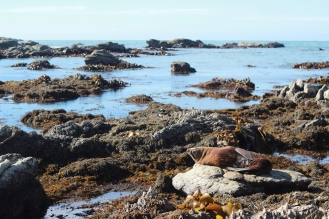 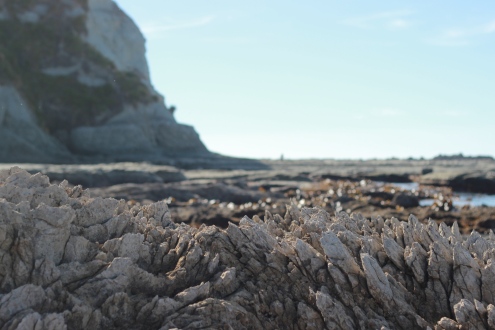 Here are photos of the Ohau seal colony: 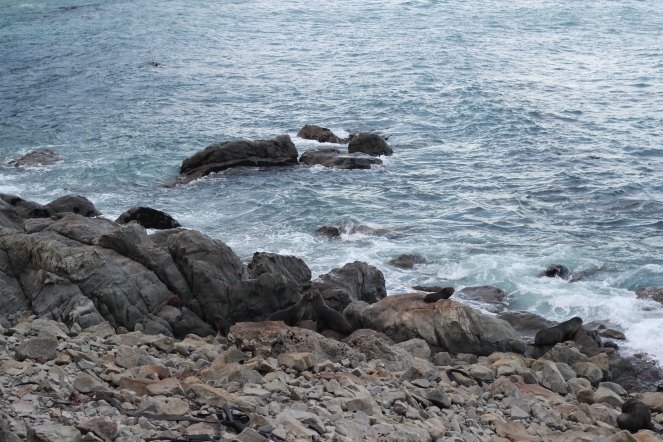 Can you spot the two males fighting over territory? 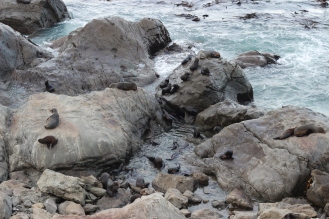 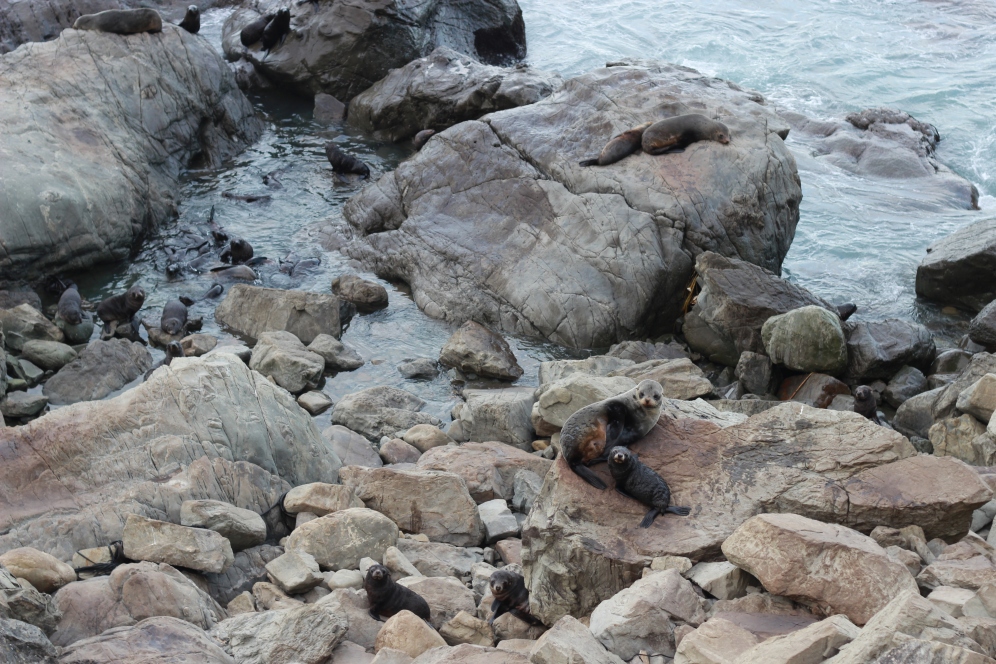 My second field trip was for Population Ecology and Conservation

On this field trip we went up to Blue Duck Reserve to an incredible untouched forest.
There we layed out traps to see what mammals were in the forest based on bite marks and footprints. Potential mammals to collect data from were all introduced species, and every one is a huge threat to native bird species. Our traps revealed mice, rats and possums, but in that forest there is likely also hedgehogs, feral cats and stoats.
I didn’t like cats before, but now I can’t stand them.

We also assessed bird density in two different forest types by listening to bird calls. This was especially new to me, as I’d never heard of bellbirds, kereru or silvereyes before I arrived two months ago.
Then we collected data on canopy composition and sapling herbivory. Again, this required knowing what a Tawa, Kahikatea, Miro and Rimu looked like. We were graded on our knowledge of species by the last day of the trip.

Examples of native plant species
So now I have memorized over 30 species of birds and plants that I won’t see anywhere but in NZ alone.

Although that sounds like useless knowledge, I have been pretty grateful for these two courses. I chose them because I wanted to understand NZ better than just a backpacker would.
I’ve actually stomped around in the giant seaweed, smelled what a seal wreaks like, and bushwacked through the giant Kahikatea and tree ferns. Not many tourists get to say they’ve done that. 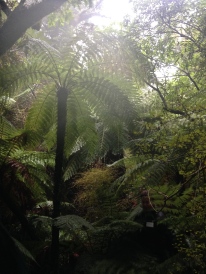 Traveling – it leaves you speechless, then turns you into a storyteller
– Ibn Battuta